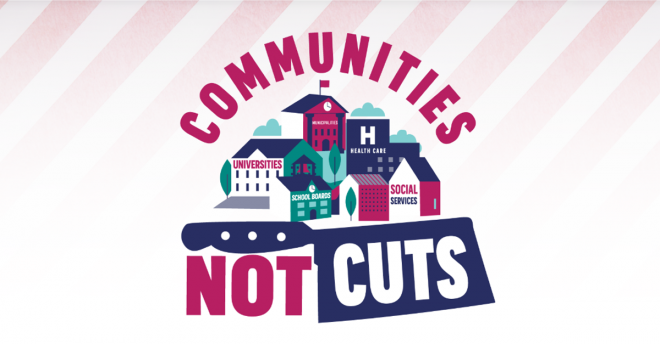 Kathleen Wynne has announced that she will sell 60% of Hydro One for a one-time payment. Selling any portion of a vital, income-generating public asset is short-sighted and dangerous for communities in Ontario.

Selling Hydro One would drive up rates.

Electricity rate increases are bad for consumers, bad for businesses, and bad for the economy. Our rates are already on the rise and selling Hydro One would only make it worse. The more our electricity system is controlled by private investors, the harder it will be to prevent rate increases through the Ontario Energy Board (OEB).

This privatization plan includes the amalgamation of local electrical utilities, which means loss of local control and income for municipalities in Ontario. It also means a more unfair bargaining climate for workers and more attacks on stable jobs with decent wages.

Hydro privatization is a one-time, dead-end source of funding.

Hydro One makes hundreds of millions every year for Ontarians. Once it’s sold, we lose that income forever. Such a permanent loss of funding would impact the public services we all rely on. This is not just shortsighted, but may actually be illegal. Lawyers retained by CUPE have provided their legal opinion on this matter, which is available at cupe.on.ca. Time and time again, the Liberals have disappointed Ontarians with costly privatization schemes that don’t work. We must stop them.

It’s not too late for the Premier to stop this sale. She did not run on a platform to sell Hydro One and she has no mandate to privatize it. For more information on CUPE Ontario’s campaign visit cupe.on.ca