Week 4-Being An Ally

What does it mean to be an ally to Black communities? It’s educating yourself on historical and systemic oppression faced by Black communities, as well as the needs of these communities. It’s being curious- listening more than speaking. Walking with not leading or saving. Be ready to be proven wrong and challenged. Take a stand against prejudices that seek to identify Black communities as things to be pitied upon, suspicious of and promotes “those people ” mentality. Ask yourself, “Am I ready to confront my biases, have difficult and uncomfortable conversations that may change my perspective on the systems of power in which I live in? Am I able to be an ally and not a saviour?”

Being an ally is hard work and mistakes will happen- as long as you keep learning and make efforts, change will happen.  Every action counts no matter how big or how small. Make every month Black history month by becoming an ally.

Click on the links below to learn more on how you can support Black communities in Ottawa and beyond.

How to be an Ally – Anti-Racism Resources – Subject Guides at Nova Scotia Community College (nscc.ca)

Quiz: What are 2 ways (not identified in the article) a person can be an ally to Black communities?  Email Answers Here 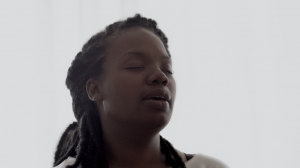 Join the CUPE Ontario Racial Justice Committee at 6pm next Wednesday, March 3, for a special screening of Sòl: a short film that examines the experiences of Black, racialized, and immigrant women as healthcare providers before, during, and beyond the COVID-19 pandemic.

The screening will take place on Zoom and will be followed by a live discussion with directors Valérie Bah & Tatiana Zinga Botao.

This week, Cupe 2195’s Racialized Workers Caucus is featuring a few Black Canadians who made a big difference in STEM (science, technology, engineering, and math) fields. 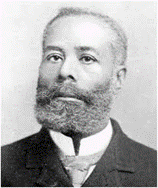 Elijah McCoy was a Canadian-American inventor who transformed the locomotive industry. He was born in 1844 in Colchester, Ontario to former American slaves who escaped to Upper Canada via the Underground Railroad. Later living in the US, McCoy had difficulty gaining employment as an engineer due to racial discrimination. Yet, McCoy continued to engineer and invent mechanical devices- patenting over 50 inventions by the end of his lifetime. His most noteworthy invention, the “graphite lubricator,” allowed trains to run faster on less fuel. In 2001, McCoy was inducted in the National Inventors Hall of Fame (US) for his numerous contributions to the transportation sector. 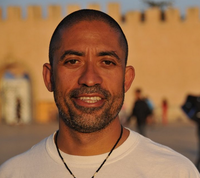 Before Google, there was Archie– the internet’s first search engine, developed by Canadian computer scientist Alan Emtage in 1989. A native of the Barbados, Emtage studied computer science at McGill University. Hoping to automate some work tasks as a systems’ administrator at the university, the then-student developed Archie. Emtage later co-founded the first company to aggregate information gathered from the internet. In recognition of his technological advancements, Emtage was inducted into the Internet Hall of Fame in 2017. 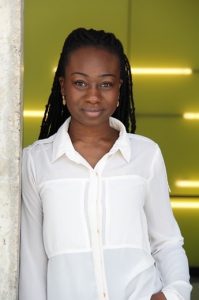 Dr. Eugenia Duodu Addy is a prominent Canadian chemist and community worker. Growing up in a low-income region in the GTA, Addy loved science and math but faced obstacles during her studies as a result of systemic racism and implicit biases from grade school teachers. Despite these challenges, Addy pursued her post-secondary degrees in chemistry and biology at the University of Toronto, earning her PhD in chemistry in 2015. Addy is currently the CEO of Visions of Science Network for Learning, a non-profit organization that “empowers youth from low-income communities through meaningful engagement in STEM.”

***First two to respond correctly will get a gift card. The gift cards will be mailed out/dropped off at the end of the month. Send your answers to EMAIL LINK